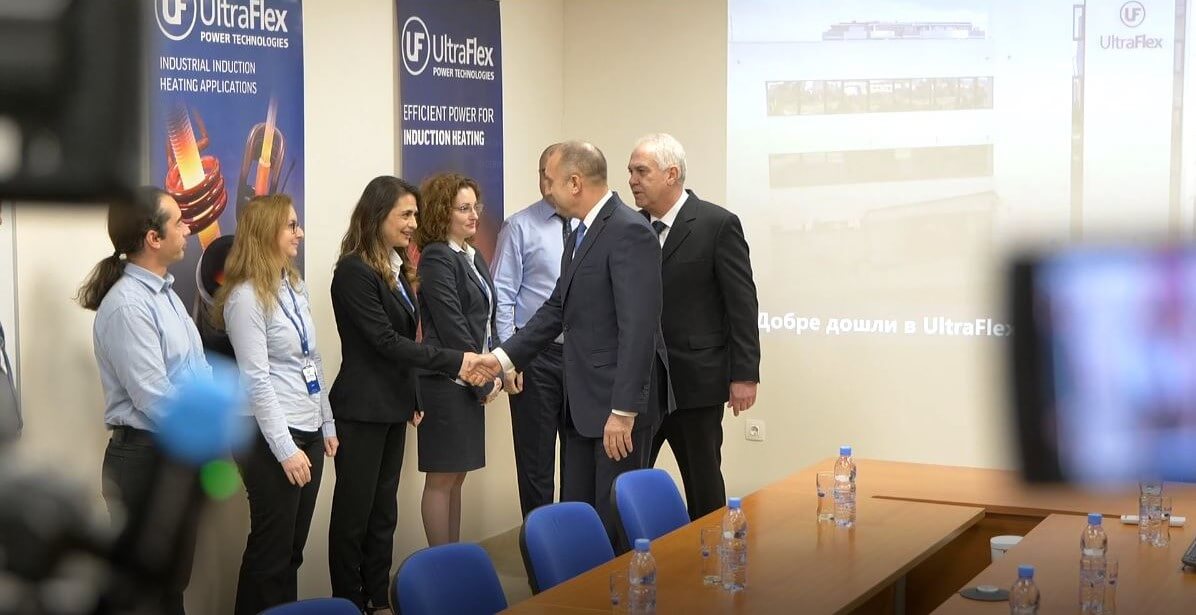 On February 17, 2020, President Rumen Radev visited the European office of UltraFlex in Sofia, Bulgaria. The General Manager – Spas Spasov introduced our company and presented some of our latest projects.Later, Mr Radev took part in a discussion with engineers, managment and employees.

“Innovative enterprises need more incentives and support because they are the key to the sustainable development of the Bulgarian economy.” – this was stated by President Rumen Radev at a meeting with the management and team at Ultralex Corporation. The Head of State was later invited to see the test laboratory, the R&D department and the production zone.

The company  was founded in New York, USA by Nedelina and Mario Metodievi and its European facility was later established. It has won the Innovative Enterprise of the Year Award in Bulgaria twice, and its clients are global corporations in the aerospace, medical, automotive, electronics, and chemical industries.

At the meeting with the team of the company in Sofia,  the President stated that Bulgaria should develop not only as a consumer of innovations and high technologies, but also as a manufacturer. According to him, Bulgarian companies should be encouraged to use European programs that stimulate sustainable manufacturing .